We can now proudly present and congratulate the winner of MDC2013: Simo Sievänen with his picture ”Battleneko”. Sievänen brought home the victory by getting the maximum score of 24p/24p and beating the following contestant with a mind blowing 5 points!

We also present the top 10 contestants… which actually is a Top 8…  There were a total of 12 pictures submitted to the contest. However, due to different circumstances only 9 of them were judged. It was extra exiting to see that the list ended up with a draw on 5th place with two pictures gaining 11 points. Just as remarkable is the fact that Caroline Haldin conquered both 2nd and 3rd place.

The judges used the Eurovision Song Contest-inspired system of having as many points available as there were contributions to vote for. In this case there were 8 judge-able pictures, thus the maximum amount of score was 8 going down to 1 point.  A judge could only vote a certain amount of points once.

After much thought and consideration this was the end-result (pictures further down):

Due to submitting his picture after deadline, the judges decided to disqualify Jenian Katarn from the contest. But we want to give a honorary mention about his participation, and also show his picture, as his picture left a great impression on the judges. In fact the judges would have placed Katarn’s picture Juno in 3rd place if submitted on time.

FUI wishes the best of luck to the contestants in their future efforts in becoming the greatest Manga-drawers on earth and thank all of them for participating!

HERE ARE THE COMPETING PICTURES: 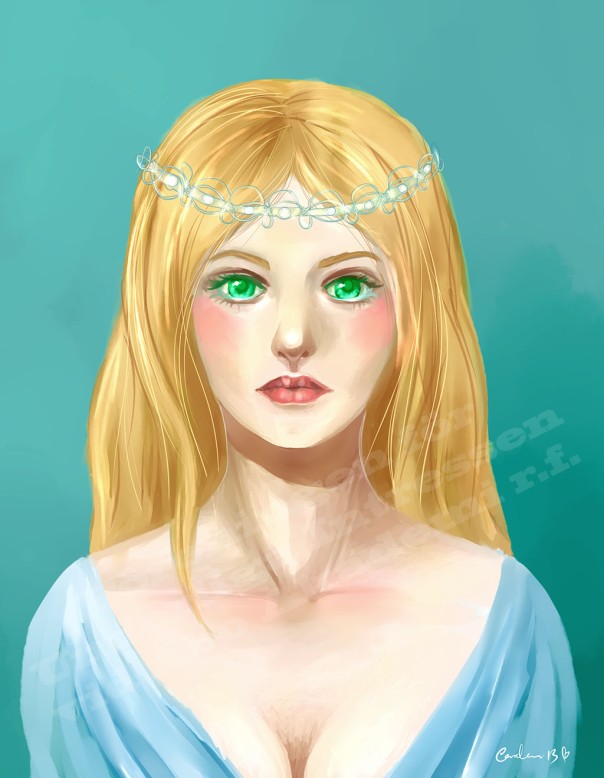 (Worth mentioning is that this picture was drawn directly on a smartphone, thus the small resolution)